Born at the family home on 15 August 1769, the young Napoleon left with his brother at the age of nine to go to school at the Collège d'Autun. Having entered the Brienne military school in March 1779 as a “King’s scholar”, he was accepted at the Ecole Militaire in Paris five years later. On 1 September 1786, whilst on official leave, he left his regiment stationed in Valence and spent a year in Ajaccio with his mother. Another period of leave allowed him to visit the following year, when he began writing a book on Corsica, a project close to his heart.

In September 1789 he returned to Corsica where he accompanied his brother Joseph to the Electoral Assembly in order to elect the first administration responsible for Corsica. He was also among those present to welcome the return of Paoli, granted an amnesty by the Constituent Assembly after twenty years in exile. Napoleon returned to Valence in February 1791, but left again for Ajaccio the following autumn and, until April 1792, played an active part in events as lieutenant colonel of a battalion of Corsican volunteers. 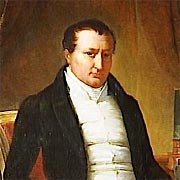 On 10 October 1792, he set sail from Toulon with his sister Elisa and re-joined his battalion in Corte, leaving there for an expedition to the Magdalen Islands. He was the target of an assassination attempt when he arrived in Ajaccio just as Paoli was outlawed by the Convention (2 April 1793). Events forced him to flee, and he then left by boat for Toulon with his family on 11 June 1793.

On his return from the expedition to Egypt, he stopped off at Ajaccio for a few days, from 28 September to 6 October 1799, staying in the refurbished bedroom on the second floor, known as “the alcove”. His stay was marked by a ball organised by Murat in the newly renovated gallery, and a promenade at Milelli accompanied by officers of his general staff (Lannes, Murat and Berthier). On 5 October, he discreetly slipped out through a secret trapdoor in one of the bedrooms, and re-joined the frigate “La Muiron” moored at Ajaccio.