History of the museum

From a family house to a napoleonic museum
Napoleon was born in this house on 15 August 1769. He stays there for the last time upon his return from Egypt from september, 29th to october 4th of 1799. In the XX century, it's classified as a historic building before becoming a national museum. 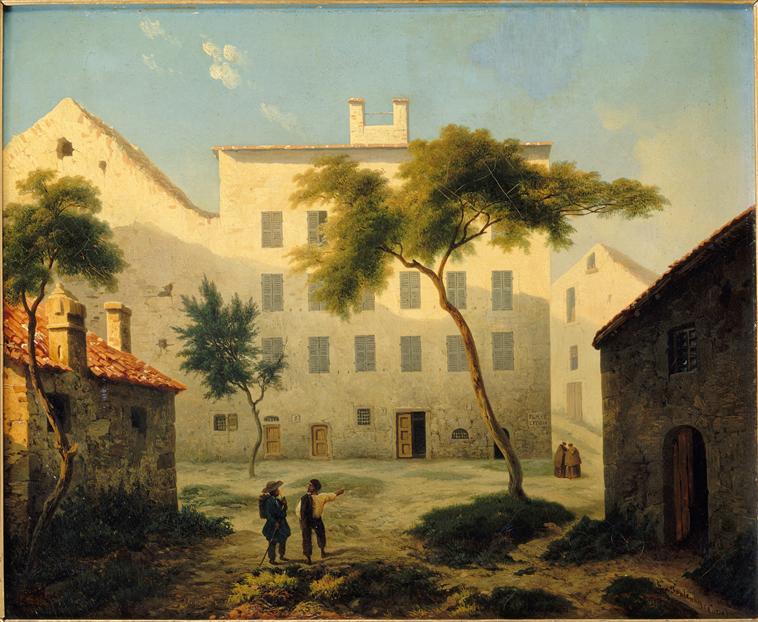 Napoleon was born in this house on 15 August 1769. He lived here until the age of nine when he left to go to school at the Collège d’Autun in France. At this time, his parents, Carlo and Letizia Bonaparte occupied the first floor with use of the kitchen on the ground floor. Their home was extended in 1774 with a terrace built by Napoleon’s father. The second and third floors, which belonged to other family members, were purchased over the course of time. The Bonaparte family, as Republican sympathisers, had to leave the island when it was occupied by the British in 1793. Four years later, when Corsica was back in French hands, Letizia Bonaparte, Napoleon’s mother, returned to Ajaccio, and with the large compensation payments made to those who had been looted during the British occupation, she extended and refurbished the house. A bright gallery was built, and the rooms were furnished with chests of drawers from Milan and chairs ordered from Marseille. Napoleon stayed there for the last time on his return from Egypt, from 28 September to 6 October 1799. In 1843, Joseph Bonaparte inherited the house, which passed down to Napoleon III in 1852.

During the Second Empire, the Emperor Napoleon III and Empress Eugenie paid a visit to the house on 14 September 1860. On 29 August 1869, the Empress visited it once again with her son, the Prince Impérial, to mark the one hundredth anniversary of the birth of Napoleon I, the founder of the Napoleonic dynasty. Other famous visitors eagerly followed: Gustave Flaubert, Pierre Loti, the Prince de Joinville, Joseph Conrad, Boni de Castellane, Elisabeth of Austria, Edward VII and many more. In 1923, Prince Victor Napoleon, who succeeded Empress Eugenie, donated it to the State. It was then listed as a Historic Monument. Finally, in 1967, the house became a national museum, now administered by the Musée National des Châteaux de Malmaison et Bois-Préau. The building was extended in 2004 with the purchase of a neighbouring house, providing further exhibition space devoted to the Second Empire and temporary exhibitions. Restoration campaigns carried out at regular intervals have revealed the original decors commissioned by Napoleon III and Eugenie.