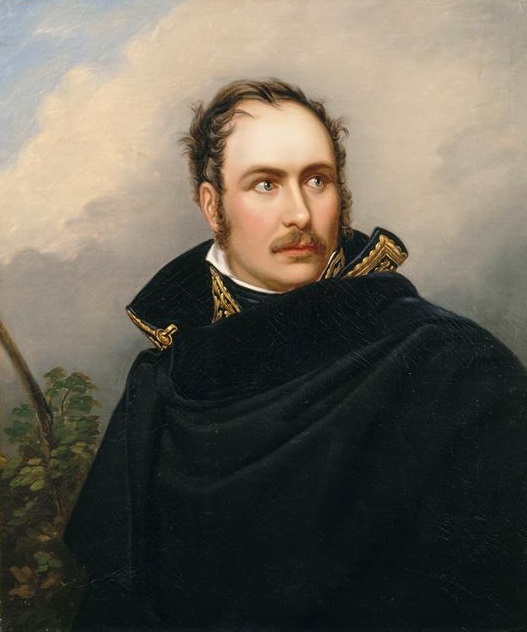 Born in 1781, Eugène de Beauharnais became aide-de-camp to his stepfather Bonaparte in 1797. He served in Egypt and at the Battle of Marengo and pursued a distinguished military career before being named Viceroy of Italy, a daunting task which he fulfilled to the best of his abilities and the relative freedom given to him by the Emperor. Officially adopted by Napoleon in 1806, he married the daughter of the King of Bavaria, Augusta Amalia. Their marriage was a happy one and they had six children.

Highly decorated during the Russian campaign, his loyalty to the Emperor earned him the respect of his contemporaries and proved him worthy of the motto he had adopted: "Honour and loyalty". After Waterloo he fled to Munich where his father-in-law named him Duke of Leuchtenberg, and devoted himself to his properties. Eugène remained the close friend and confidant of his sister Hortense, who he visited at her retreat in Arenenberg, but he died prematurely in Munich where he was buried in 1824. One of his daughters, Joséphine de Leuchtenberg, married the Swedish Prince Oscar Bernadotte who ruled from 1844 to 1859. She thus founded the lineage of sovereigns of Switzerland, Norway, Denmark, Belgium and Luxembourg. 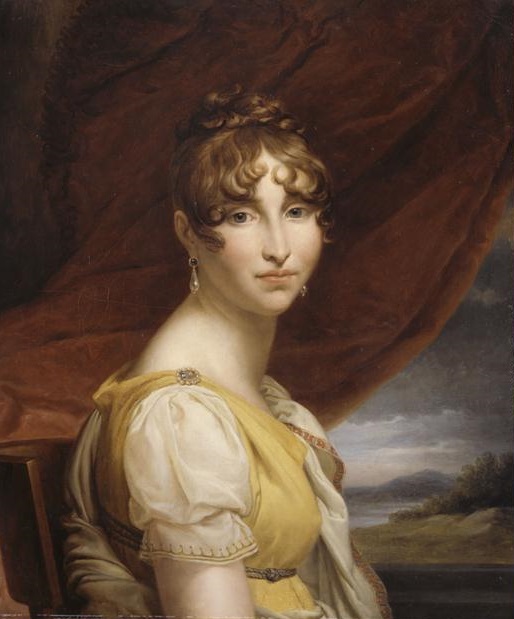 Born in 1783, Hortense received a good education in the Parisian salons her mother visited and at the school of Madame Campan in Saint-Germain where she studied the fine arts (drawing, painting, music, theatre). Very close to her mother, she remained on good terms with her stepfather who arranged her marriage to Louis Bonaparte. This union with Napoleon's brother produced three sons, thus giving Joséphine the hope that Napoleon could adopt them as his heirs to the throne.

Louis was crowned King of Holland in 1806 and they settled in The Hague, but in 1810 he was forced to abdicate and fled to Bohemia Napoleon bestowed on Hortense the title of Queen and she was granted her own House, together with a private mansion in Paris and a château in Saint-Leu. She divided her time between her children and extensive travelling and devoted herself to drawing, painting and music. After Waterloo she was forced to flee France and finally found sanctuary at Arenenberg in Switzerland, where she would stay from 1817 until her death in 1837. Of her children, it was her third son Louis-Napoleon who would become Emperor of the French, under the title of Napoleon III.

Upcoming exhibitions
Corsica at the birth of Bonaparte
From March 2023, 29th to July 2023, 3rd
END_OF_DOCUMENT_TOKEN_TO_BE_REPLACED